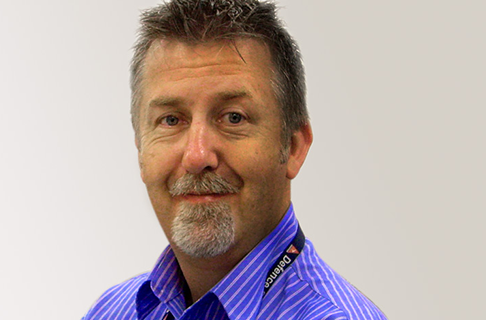 The following interview was conducted on 8 February, 2012.

In my early 20s I was a technician in the Australian Air Force. I was fit, looked the picture of health yet struggled with extreme daytime sleepiness. I was the butt of many jokes. I really had no awareness of whether it was affecting my health at all.

I was slim (below average weight) but always sleepy and was known for my legendary ability to drop-off as soon as I boarded a plane. I snored very loudly and this was always commented on.

In 1989 I joined Qantas and moved into an office-based role, which came with new challenges. My previous work had been largely manual, as an air force mechanical engineer. Now I was desk-bound, attending meetings, driving long distances to and from work.

I was regularly falling asleep in meetings. It was embarrassing and it must have affected my productivity and health for sure, but there was so little information about sleep disorders. I was fit and healthy so rarely saw a doctor.

Following several car accidents — one involving my wife Sue in the car at 11am in the morning on a 15 minute trip back from her parents — was quite serious. I nodded off and careered off the road. It was a pretty awful accident caused by me falling asleep at the wheel. By now I was scared and sought answers.

I did do a sleep test at a local hospital but it was an awful experience as I was covered in wires. I got so little sleep due to constant wake-ups by the techs, that the results turned out to be inconclusive.

Following another test at a specialist sleep lab I was diagnosed with Obstructive Sleep Apnea by a doctor and put on positive airway pressure treatment. The doctor advised that in many cases this form of treatment alleviates the effects of the condition. Within two weeks I marvelled at how my life had changed. I recall sitting through a particularly boring meeting and it dawned on me that I wasn’t the least bit tired.

I did struggle in the beginning with adjusting to the mask and treatment, but soon became compliant. I am very passionate about sleep apnea. I share my story with many people and encourage them to seek professional advice or if a doctor has prescribed treatment, to follow the doctor’s direction and stick with it.

I am a completely different person today and believe I have an important role to play in sharing my story about undiagnosed sleep apnea in drivers and road safety.